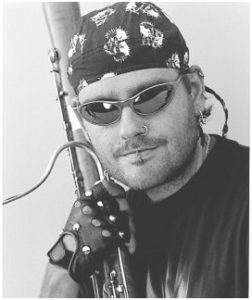 Steve performed and recorded Hells Angels with the Bassoon Brothers and the Oregon Symphony, and played other Bassoon Brothers gigs during the 2001-2002 season. He is currently principal bassoonist of the Orquesta Sinfonica de Galicia, in A Coruña Spain, a post he has held since 1994. He plays on a mid 11,000 series Heckel bassoon.

Here, he demonstrates a majority of the bassoon range as he knows it (and lists some fingerings) and here he plays a little Russian ditty without his teeth.