Here’s the theme from a long running English show.

His TV theme was taken from Gounod’s Funeral March of a Marionette. For the 1959 season the theme was played by a bassoon octet (6 bassoons, 2 contrabassoons).

The Bassoon Brothers have recorded the original octet version on the Captured CD. On the Wanted CD is a version for quartet with drums.

One episode features an hour long soundtrack of the bassoon octet version most likely in 1960. We are researching this. The show in question had Peter Fonda in the cast. 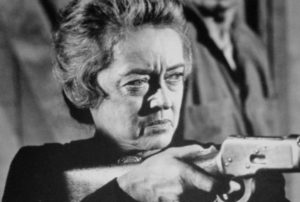 Season 12, Episode 3, The Jailer has multiple bassoons playing down low in a sinister and creepy “doom and gloom” character. Cold-blooded Bette Davis shows us why we love to hate her, and a young, nasty Bruce Dern guest star in this episode. Spoiler alert: Bette bites it in the end, and Miss Kitty saves the day.

Season 13, Episode 22 — The Jackals. Here is some sinister low register, scary and menacing bassoon parts throughout the episode.

Season 14, Multiple Episodes – There is some fine bassoon playing during this whole season. Many Gunsmoke episodes end with a comedic twist usually regarding the character Festus. This is often accompanied by a bassoon solo. We are not sure who the player is on these episodes but he plays with a beautiful tone, a slightly fast vibrato, and perfect intonation.

Season 18, Episode 15, Arizona Midnight (27:40) has an excellent contrabassoon solo to go along with its guest star, an elephant.

Darling Buds of May 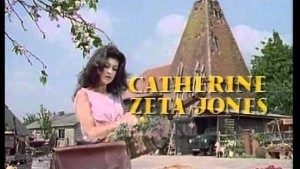 This British sitcom uses the bassoon frequently in its soundtrack and was the breakout role for Catherine Zeta Jones…So CUTE! Season 1, episode 1 starts with a bassoon solo after the theme song. The bassoonist is a fine player and lots of solos throughout the whole series.

Another British sitcom whose many episodes feature the bassoon throughout the entire soundtrack.

Death on the Nile features the bassoon (?)

There are many other TV shows with good bassoon leads too! Let us know any your favorites. Contact us!